an architecture practice led by Walid Zeidan based in Lebanon, whose work spans several countries & varies from luxury towers, private residences, interiors to object design. Recent success stories include the launch of the Okhtein Flagship store in Cairo Egypt and featured in Forbes Magazine and Vogue Italia. Wz Architects architecture firm has projects in Lebanon, Cairo and Saudi Arabia as well as most the MENA region. At WZ Architects we believe it is the uniqueness of each individual that forms WZ architects, just like each element in our designs has its own identity. We inspire each other and together drive the direction and approach to our work. 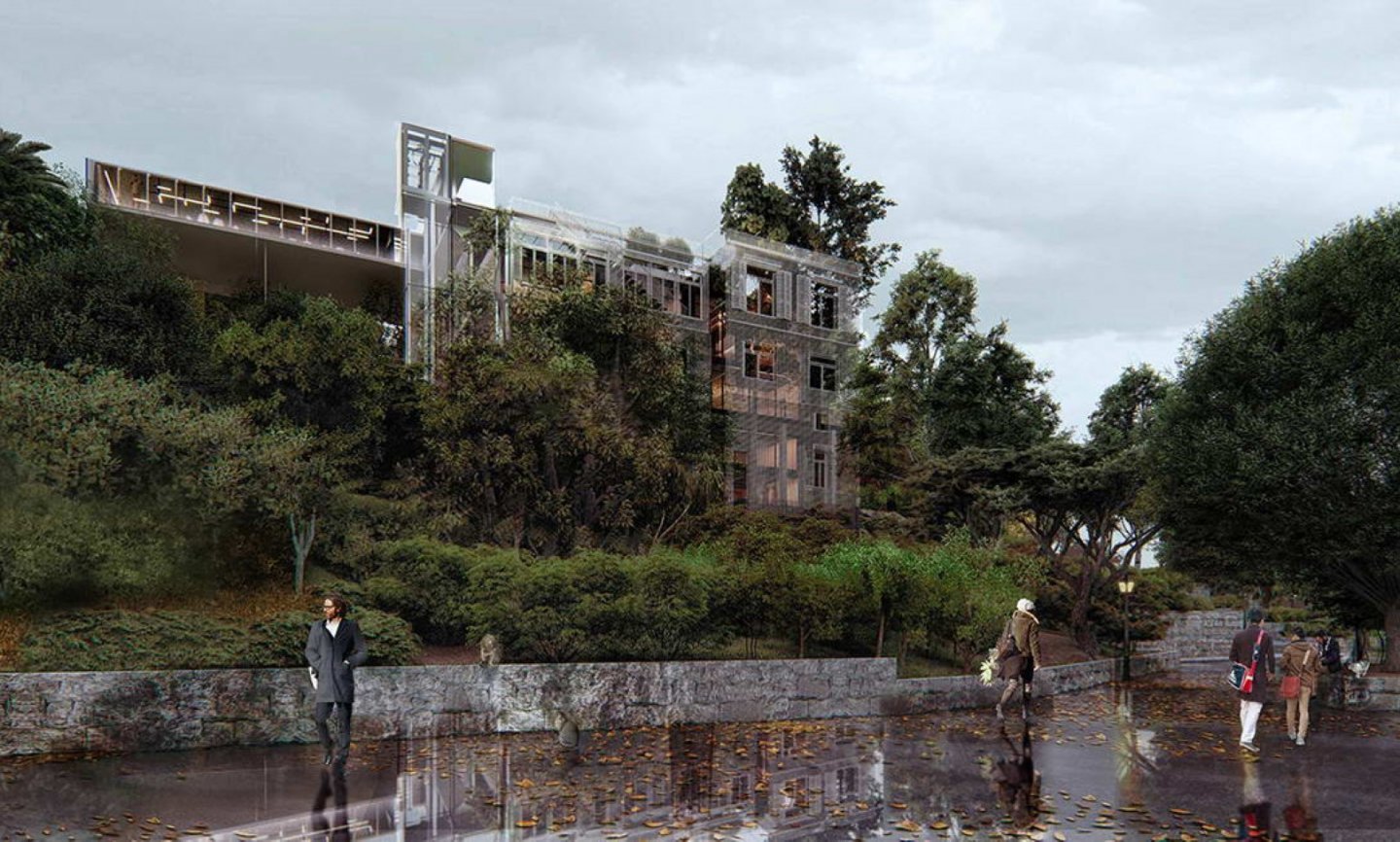 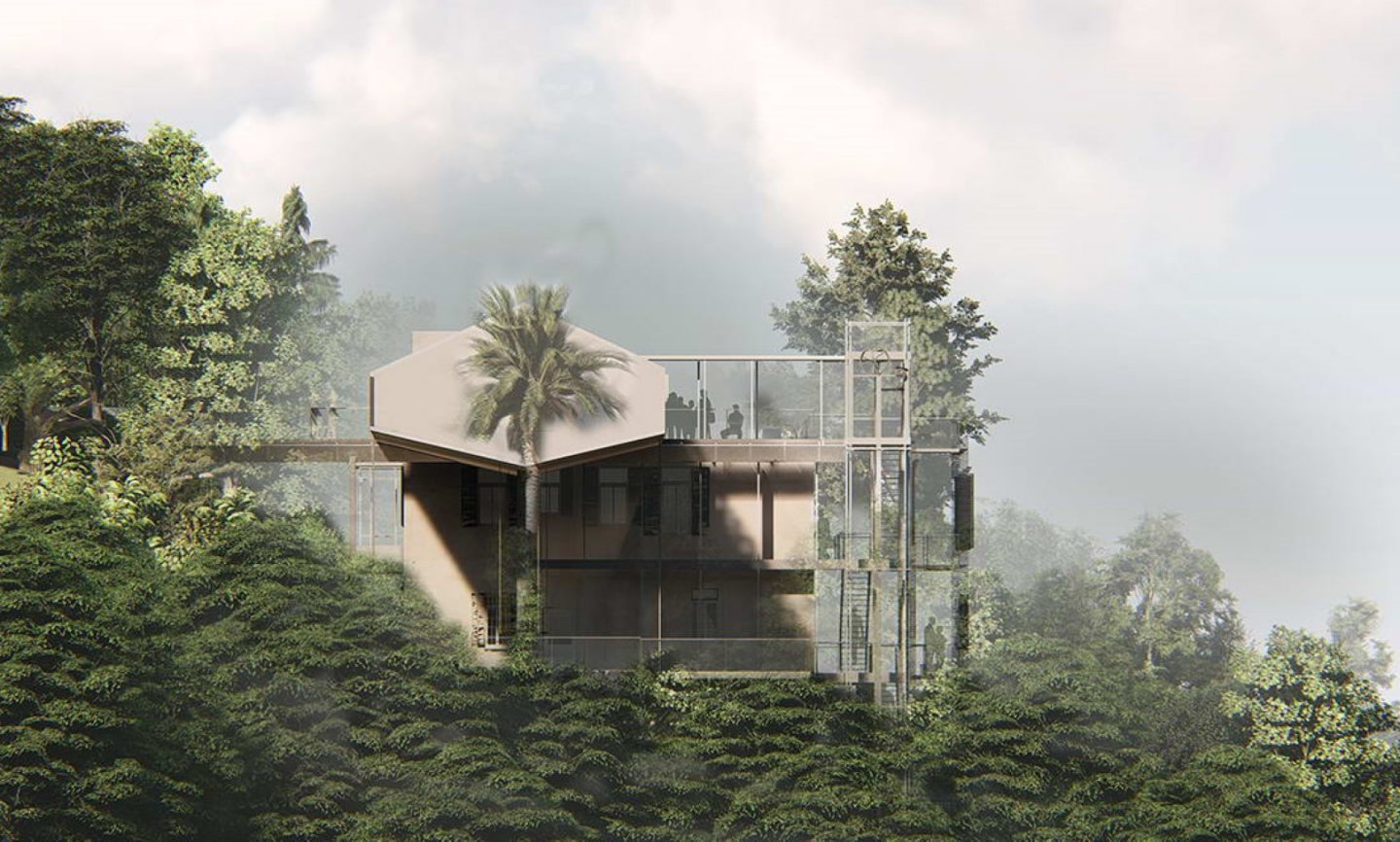 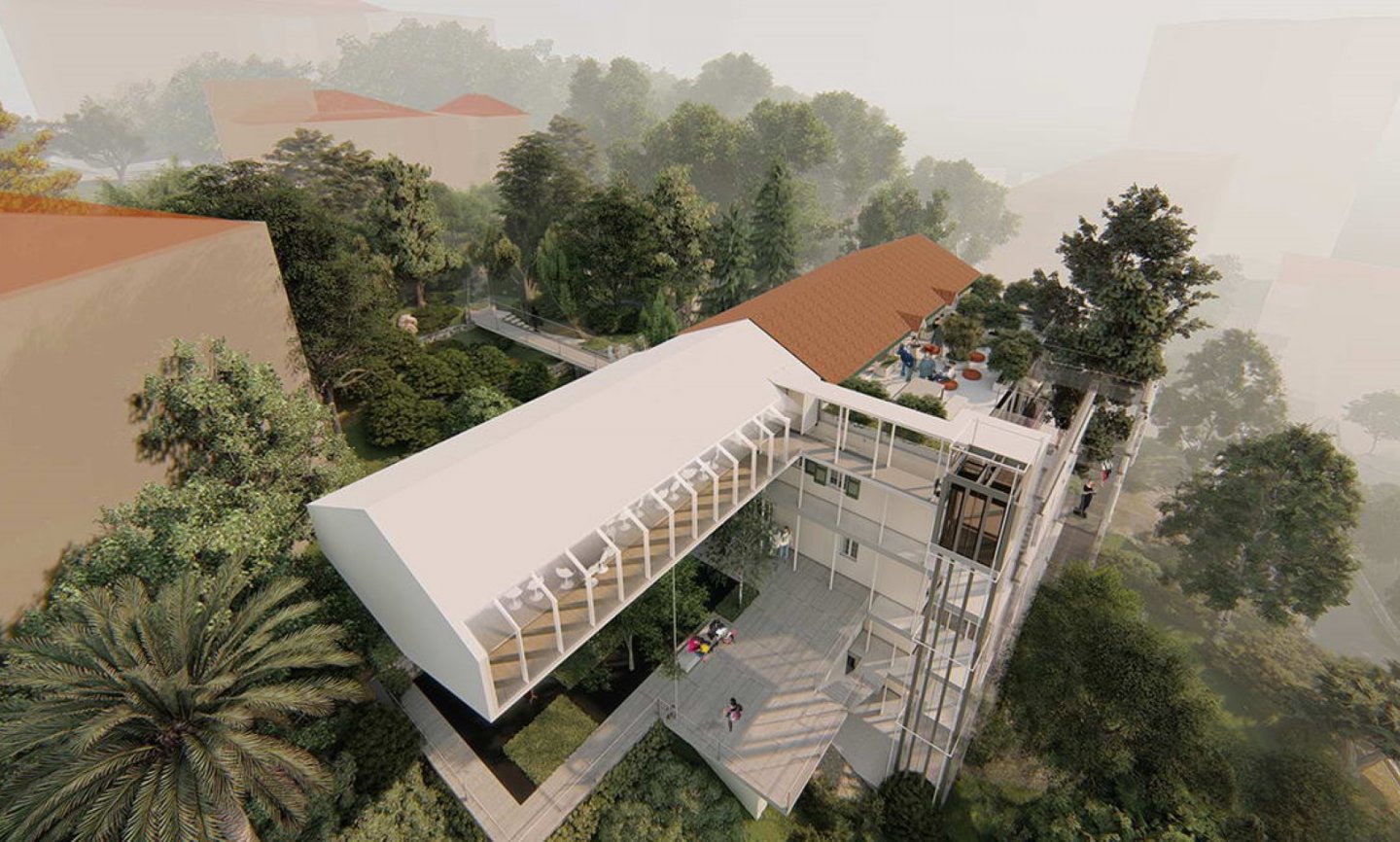 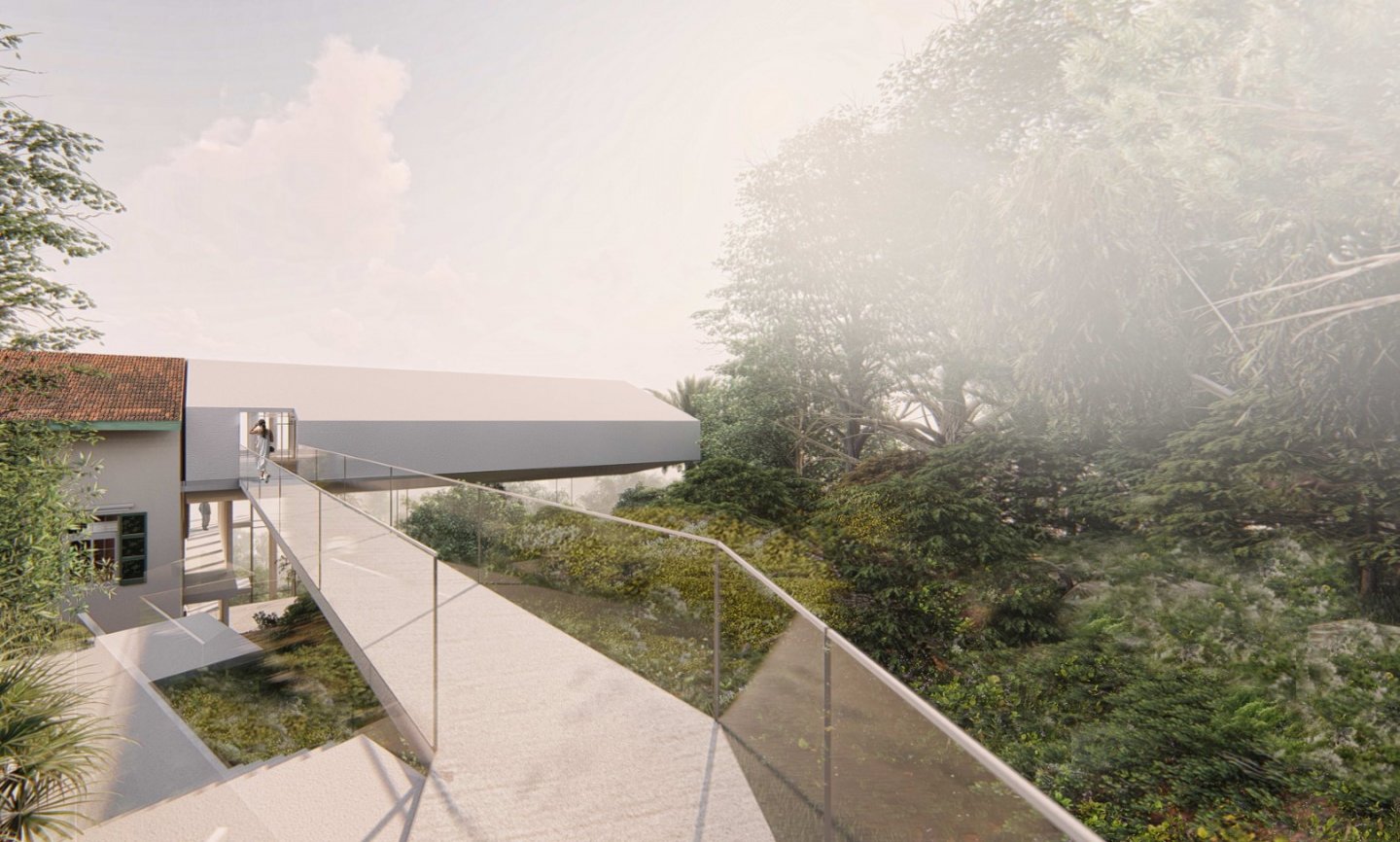 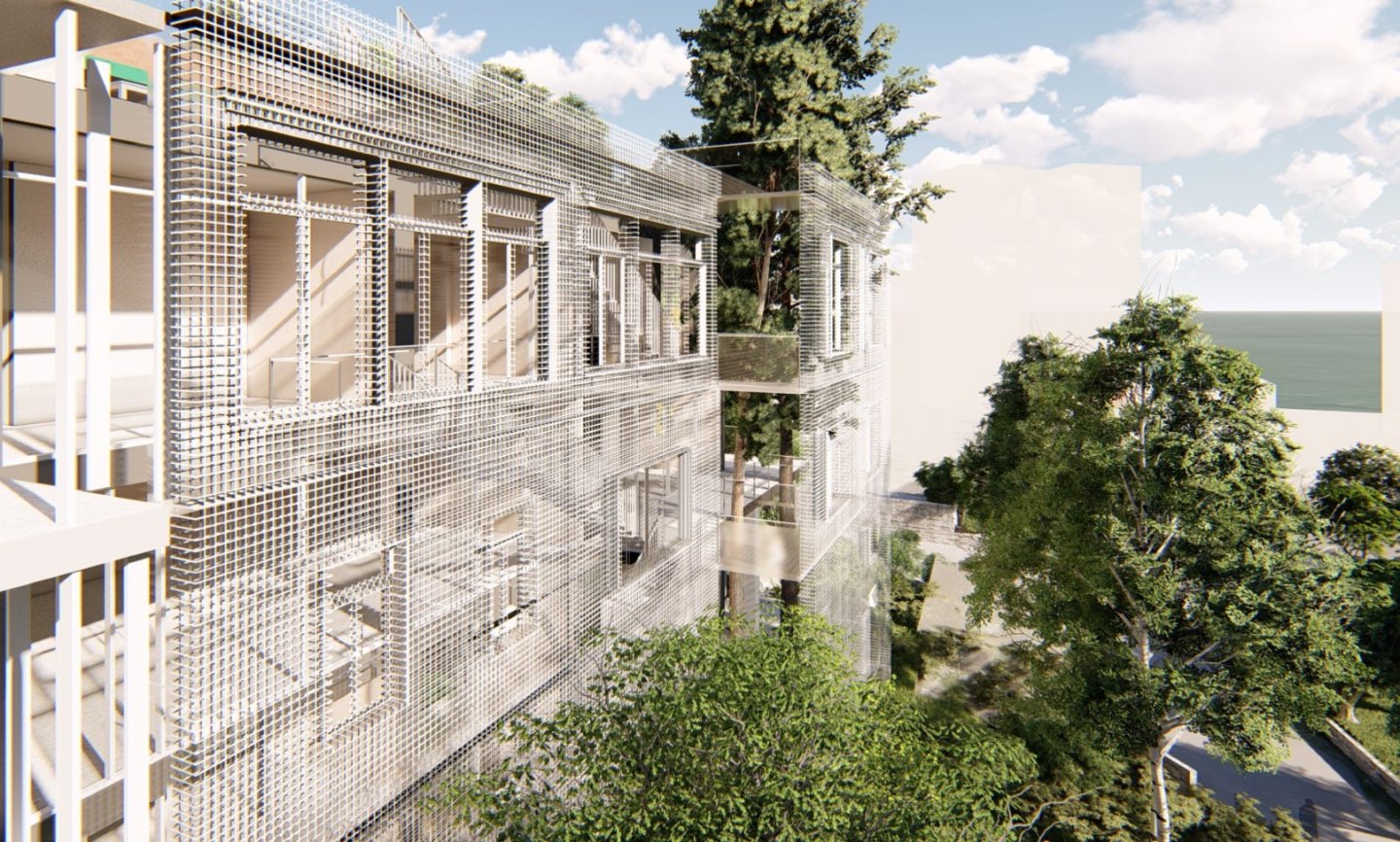 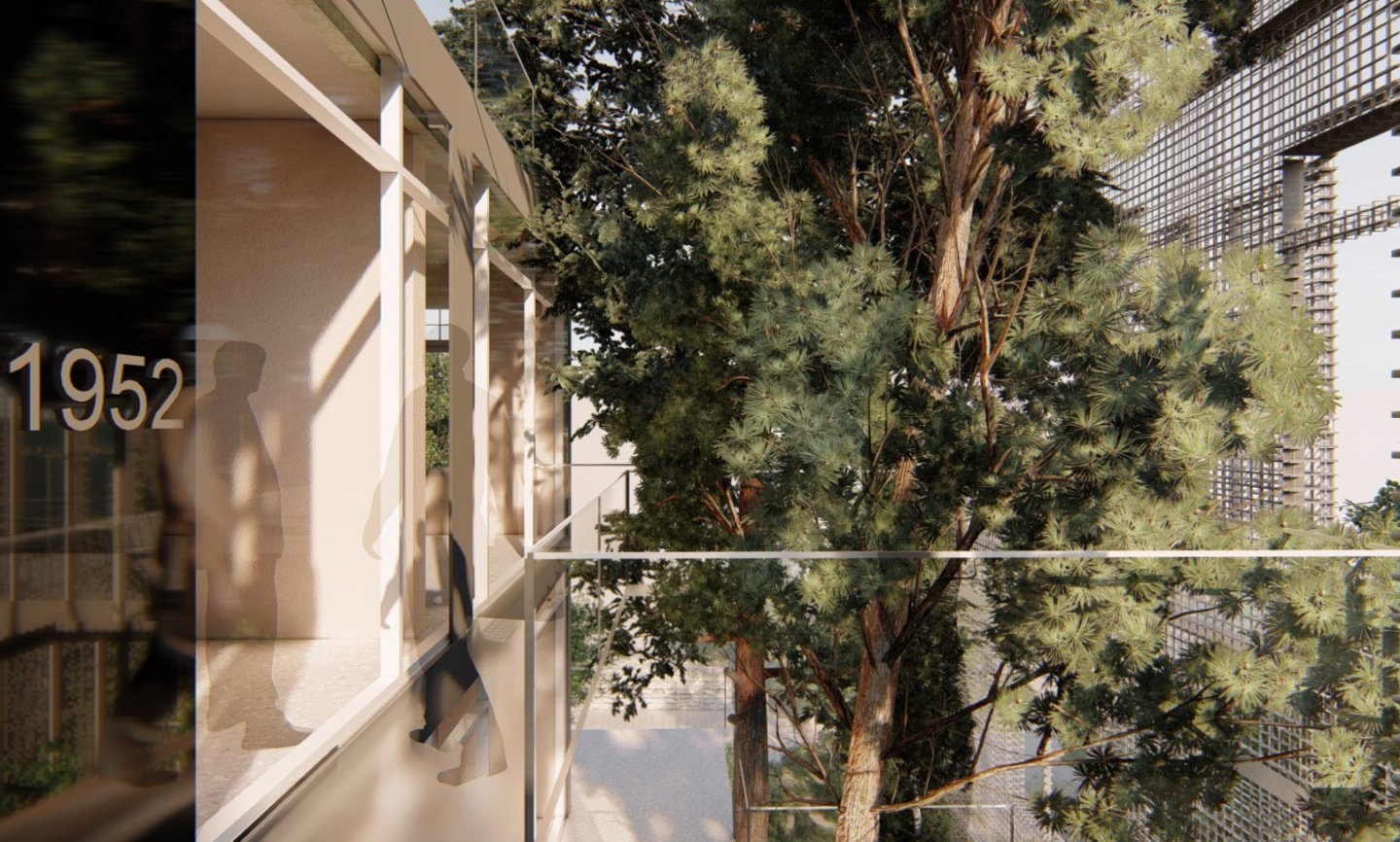 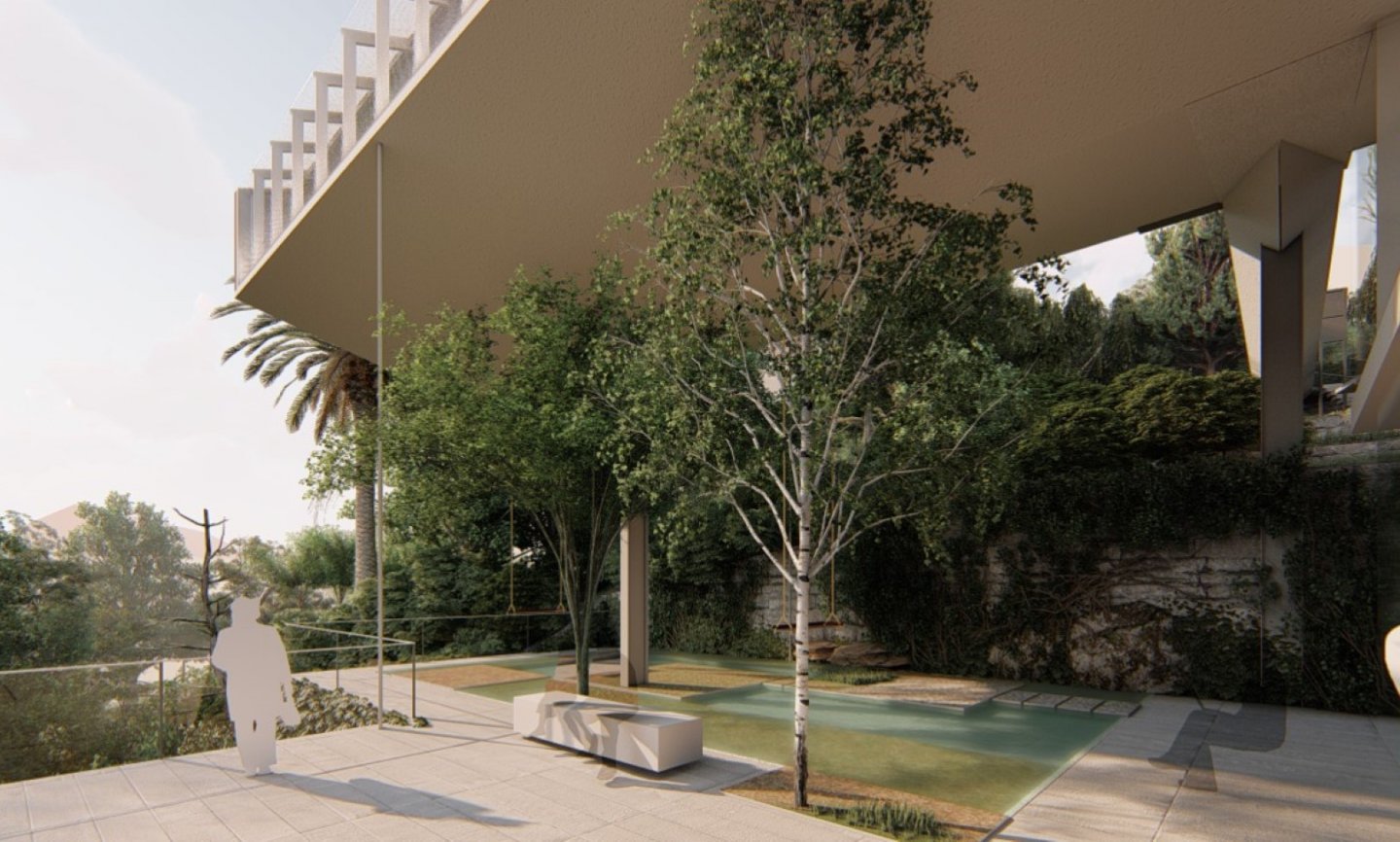 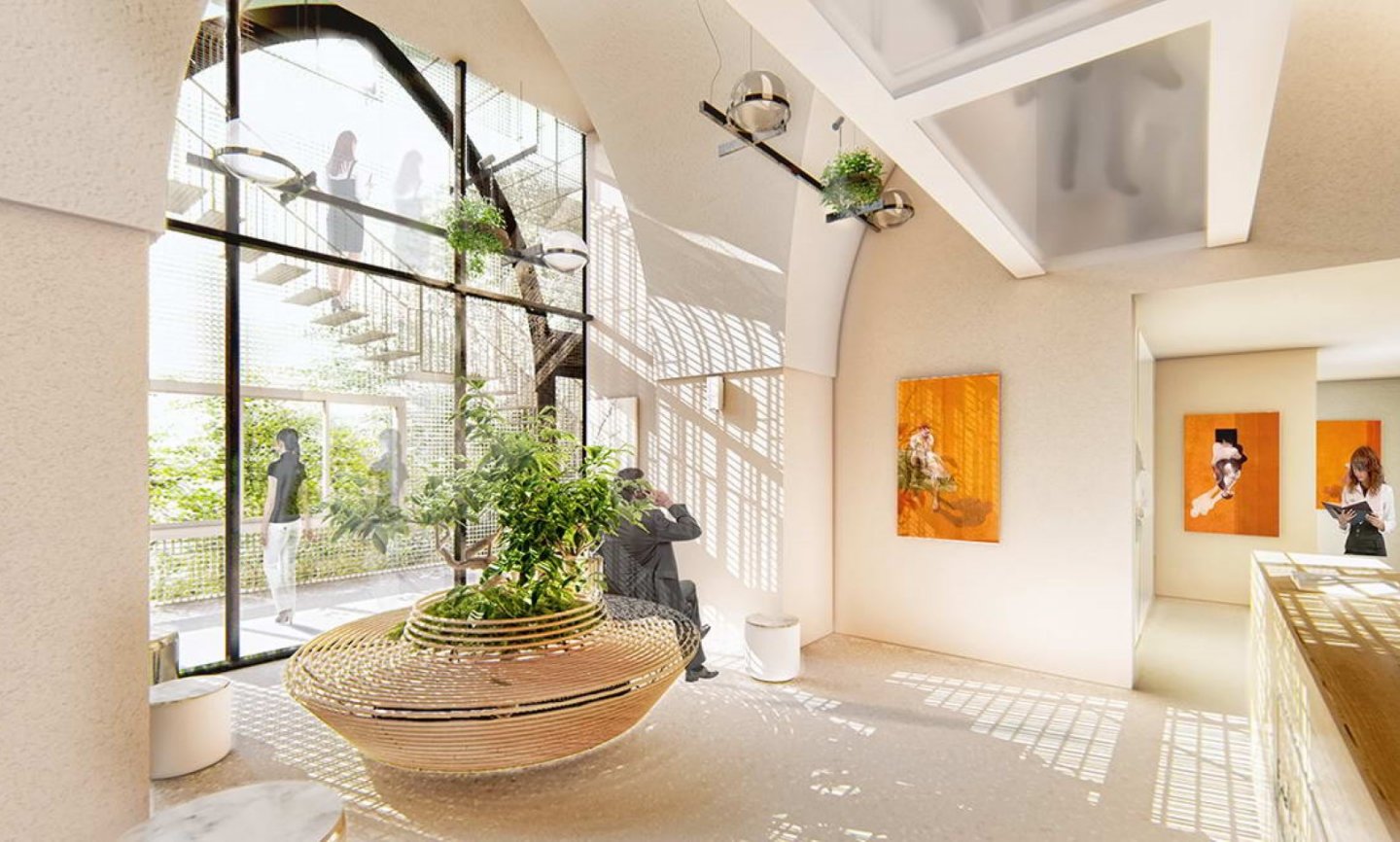 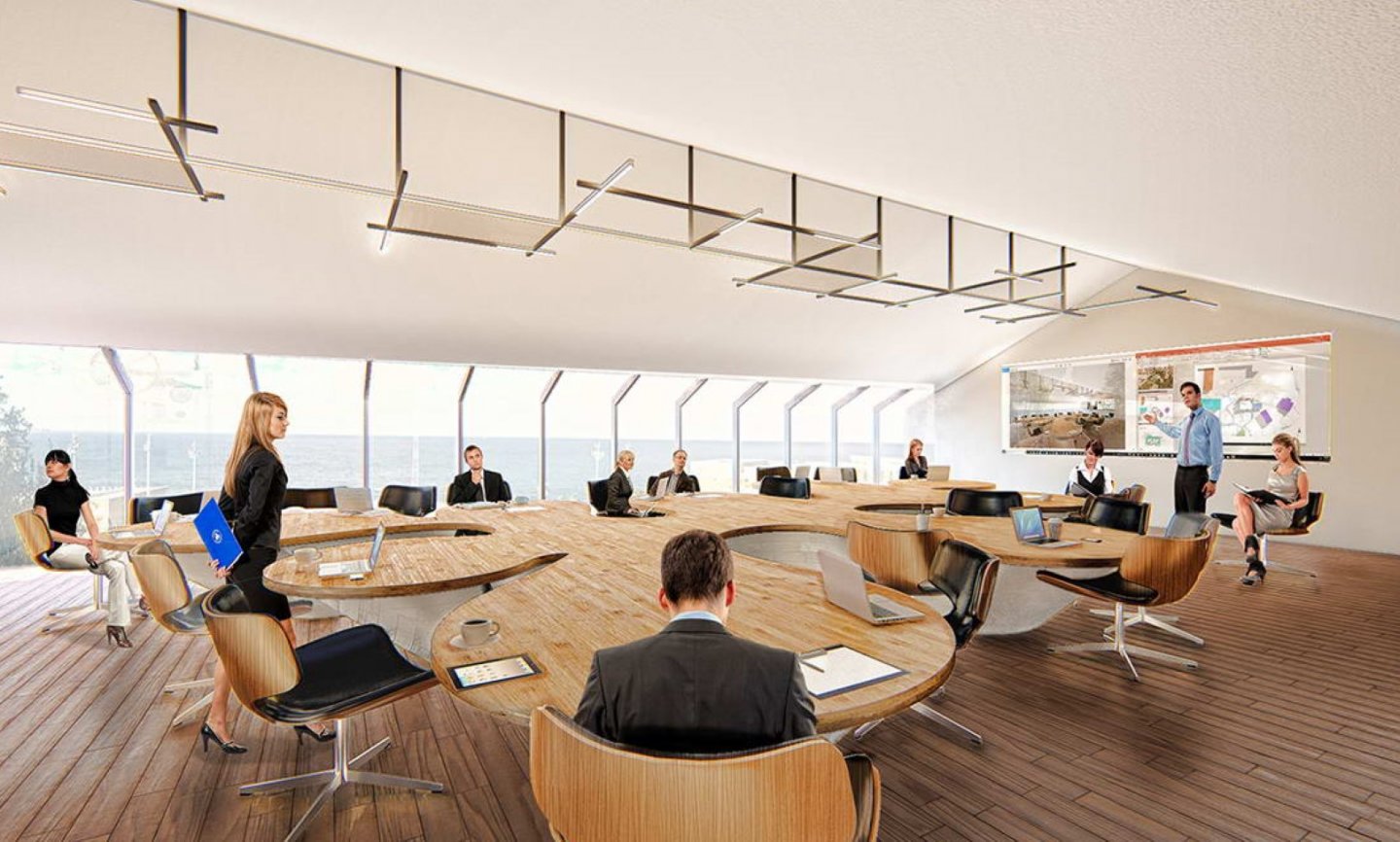 Although currently used as offices and research centers, Residence 37 architecturally was and still is two American houses placed on top of each other upon an existing ottoman structure. The needs of the university are changing and with them new functions are assigned to every building on campus. Whereas there is no problem in the concept, the danger resides in forgetting the roots of the original building and transforming it irrespectively of its background. The richness of the campus is this history, it is the story of these two doctors that drew almost a hundred years ago a house that reminded them of their hometown and based it on the local vaulted origins. They did not get rid of the vault but added on it. Let us continue in that spirit, without eradicating these two houses.

The approach attempts to reflects on the history of the building and cast it into the future. The Sea side façade is projected a few meters out towards the horizon as a ghost of its former self. The gap in between serves as a series of terraces connected by a fire exit stair and informs users of the past of the building through inscriptions on the glazing.

To the East the pitched roof is extended as a white abstraction of itself and houses the conference/multi-purpose space that will be used to create change. Its only openings are to the sea. The main entrance welcomes visitors arriving from the upper campus and wedges itself between the historical pitched roof of the existing building and the new floating addition. 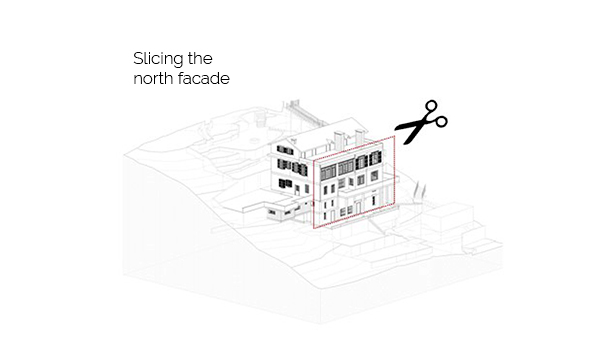 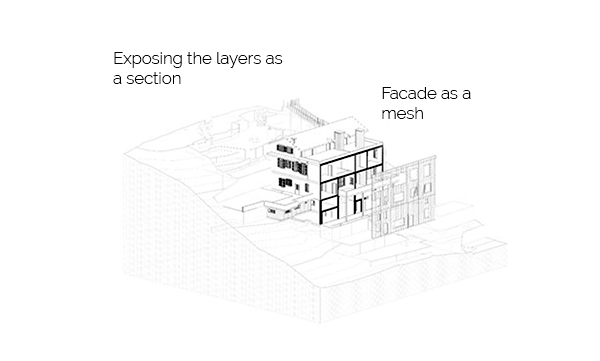 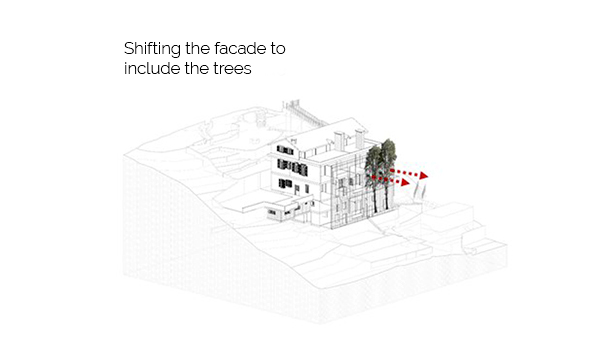 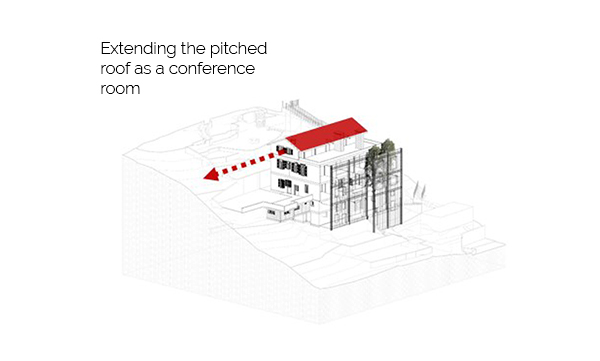 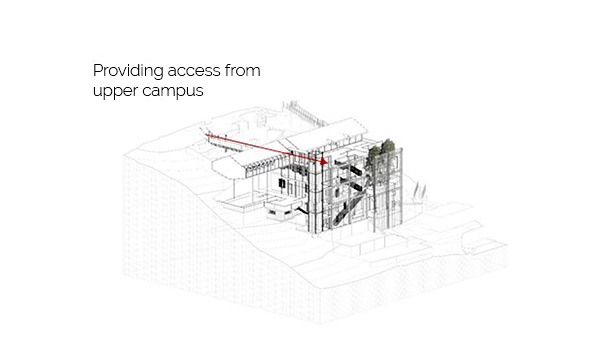 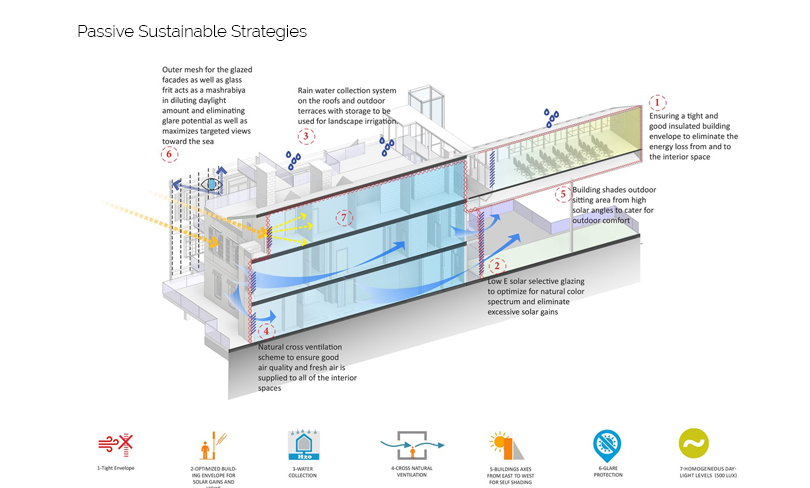 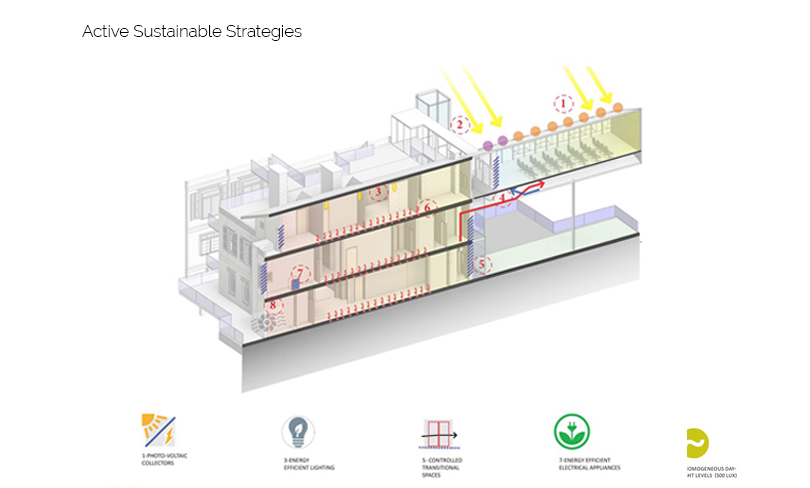